Last week I set out to inspect the little stylised meadow for weeds, I was curious to see if anything more interesting than creeping buttercups had popped up. Among the swathes of fresh grassy growth I secretly hoped I to find opium poppy seedlings in the gritty mulch. Their blood-red blooms were beautiful last summer.

The meadow, emerald green in early May 2016

At this time of year it’s the fresh new growth of the semi-evergreen Deschampsia cespitosa that catches the eye, at least, from a distance. In my search for tiny poppy seedlings I was peering at the mulch of horticultural grit around the forty or so molinias which otherwise go unnoticed at this time of year. All except one of them looked the usual dull and uniformly mid-green.

Much to my surprise this one contained a rash of stripy leaves. 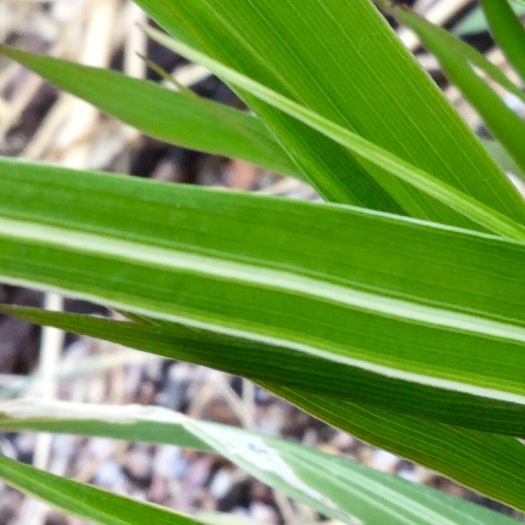 Looking at the rogue more closely, the leaves in question range from a simple white striped vein to a sporty profusion worthy of a George Melly suit. 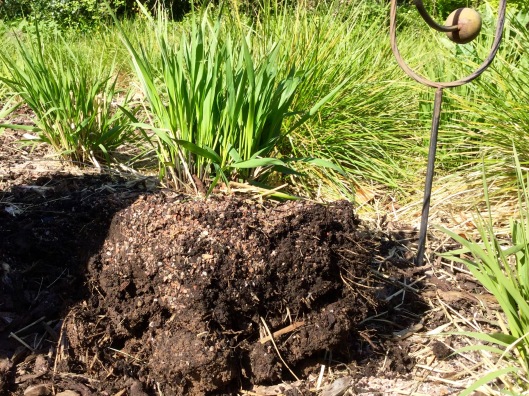 I dug up the four year old plant in order to divide the variegated and plain green portions. The rootball was a good size.

This was the best I could do at this time of year, it’s getting a bit late to divide cool season grasses, especially those with a cespitose or tightly bunched, clump forming habit. 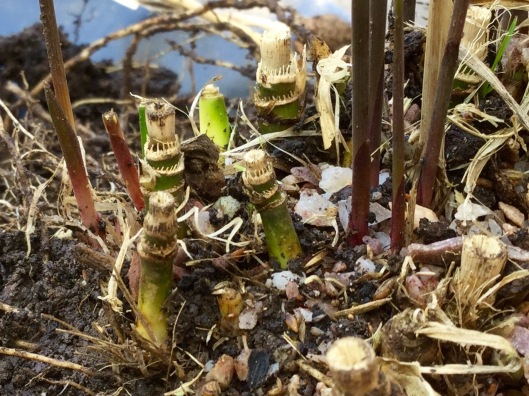 As there’s more growth to come I shall continue pinching out the plain green shoots as they appear. Next year early spring will be the time to divide the plant again using the little electric saw. I imagine it takes many years, not to mention probable losses, to produce a predominantly variegated plant in this fashion. Still, it will be fun to give it a go. 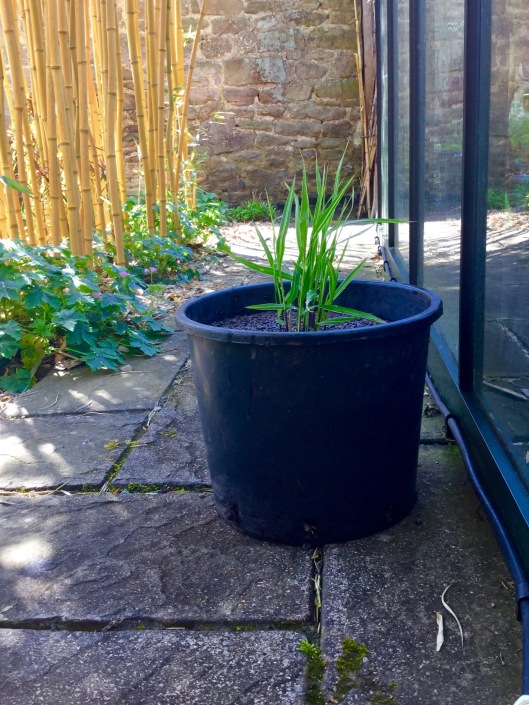 Potted up into a snug fitting 15 litre pot for now.

As with so many of my little grassy adventures one thing leads to another. In rummaging through online sources and reference books I’ve discovered lots of things I didn’t know about cream-green variegated dwarf molinias. According to Seedaholic there are four variegated clonal cultivars, one of which is widely available and well known, Molinia caerulea subspecies caerulea ‘Variegata’ (AGM). Less commonly seen cultivars are ‘Camarthan’ and ‘Claerwen’. Presumably, they originated in Wales. Beth Chatto and Marchants nurseries both list at least one of them in addition to ‘Variegata’. Marchants lists both of the rarer ones and describes ‘Claerwen’ as being the “choicest” form. Roger Grounds compares it to ‘Variegata’ as being “similar but more subtly coloured and distinct in its narrow, almost black panicles” (RHS Grasses : Choosing and Using these Ornamental Plants in the Garden, Quadrille 2006). It sounds wonderful! 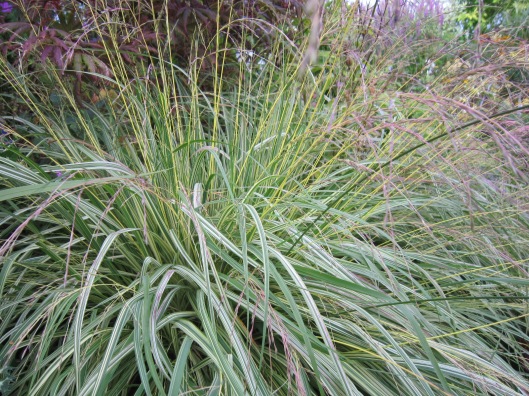 Prior to my discovery in the meadow, I’d have glanced at the image above without thinking too much about it. Now that my interest in the patterns of variegation in molinias has been piqued it’s a different story. In the lower right hand section there’s one green leaf as well as two green flowering stems – the rest of the flowering stems are cream coloured.

The first battalions of yellow creeping buttercups and dandelion clocks are timely reminders that next week I really must get back to the more serious business of weeding the meadow. If I get a bit of free time next week I’ll pop back and do the links to websites.

*It seems the serrated looking abscission layers explain why the flowering stems of these grasses tend to topple in December. According to Bob Brown’s notes in his Cotswold Garden Flowers website the dwarf cultivar ‘Dark Defender’ doesn’t develop this layer and so stands throughout the winter.

12 thoughts on “Springtime Sport in the Meadow”