Barn House has quite a colourful history, despite its humble beginnings. Originally it was an Eighteenth Century apple barn with labourers’ cottages tagged on in a row. In the early 20th century, the cottages became one house, stretching across the bottom of a grassy slope and reached by a line of stepping stones. 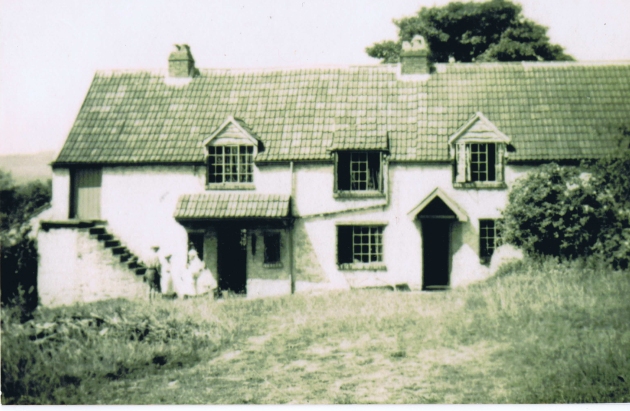 In the 1930s, ‘The’ Barn House, as it was first known, was leased by two enterprising potters, notably Margaret Leach, and her friend who was a textile specialist. The disused pottery was revived and the outbuildings became a bunk house for hostellers. A shop to sell the goods, including Wye Valley Ware ceramics was set up in Tintern, then reachable by train. In the 1940s, refugees from war torn Europe came to live at the house, by all accounts they were aesthetes. The stone statues of The Owl and The Pussy cat were crafted at this time. 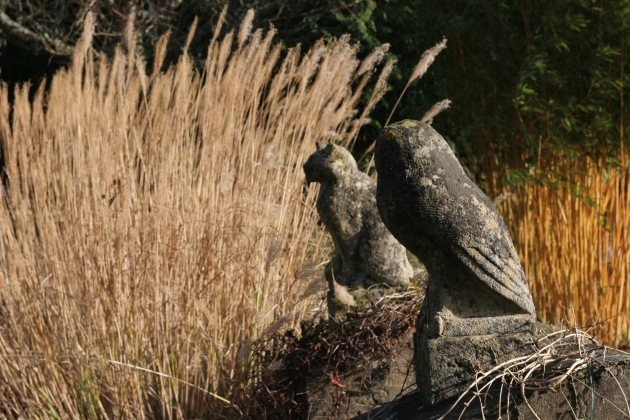 Thirty years later, Barn House was bought by the left wing intellectual and writer Phillip Toynbee. In the 1970s, Toynbee set up a self-sufficient farming community, even attempting to farm trout. Disillusioned with the experiment and in ill health, Toynbee moved out but maintained contact with the communards. He and his family continued to live close by, in St Briavels where Toynbee died in 1981.

Since then, Barn House has returned to being a single dwelling. No doubt, life here today is one of ease and comfort compared to that of the Nineteenth Century farm working tenants for whom the cottages were built. Every day we count our blessings.

[We are most grateful to the wise and wonderful Mrs Margaret Reynolds for sharing with us her recollections and memoir of the house and its occupants. She has a long personal association with The Barn House and a keen interest in local history. Mrs Reynolds and Mrs Pat Groves published a pamphlet about houses in Brockweir.]